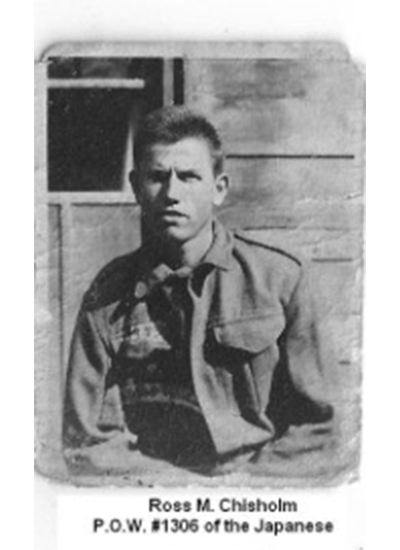 WWII POW, father, husband, man of strong faith and conviction to live through the worst life has to offer and come home stronger for it. Today when we seek heroes, sometimes they are found right in our own heritage. Daughter, Sharon Wakefield, shares for the first time the memories and heartbreaks her father wrote down as he journaled during his battle with cancer at the end of his life: memories he wanted to leave his daughter and grandchildren.

Chisholm grew up in the early 1900’s in small towns of Arizona and California, a rambunctious youth riding the rails jumping on boxcars and working fields and grocery delivery to help his family, until joining the Army in Fresno to fight in the Pacific theater of WWII in the Philippines: tears at the White Flag going up on Corregidor, Guest to the Royal Emperor of Japan, forced marches, prison cells, and moved by boxcar in Cabanatuan – this time not by choice. Chisholm survived POW Camp Mukden, Manchuria (Northeast China) and was moved to Kamioka,   Japan before being freed, his only possessions during captivity: a canteen carved/signed by the other POW’s, the Bible his mother had given him which he kept wrapped in a Red Cross parachute dropped to the prisoners of war with Hershey bars which only made them sick, and his family waiting for him when he returned home. 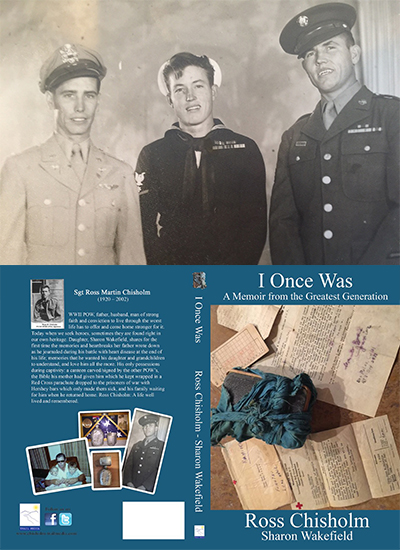